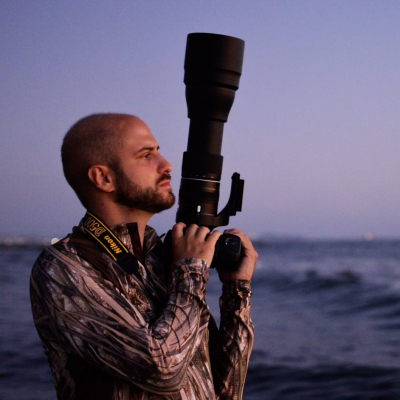 Biografia
DARIO CALABRESE, BORN IN 1987 IN NAPLES AND GREW UP IN POMIGLIANO D’ARCO, A CITY AROUND THE NEAPOLITAN COUNTY SEAT.


Since he was a child he always had a special relationship with nature, and especially with animals. During their trips his parents, both teachers, familiarized him to the discovery of beauty and diversity. Even though he was bored, given the young age, the child Dario found a taste for the beauty of monuments and landscapes, both natural and urban growing within. There is a interesting anecdote to tell, which formed and shaped his identity and his engagement for animal rights for the years to come: “ He was a little child and he was with two peers who were harassing an injured lizard. Upset by a feeling of pity, Dario took the animal and offered him a refuge in his hands. The two children kindly asked him to put it back on the ground, promising him not to harm it. The ingenuity on the one hand, the unconscious cruelty on the other, gave birth to an indissoluble bond with animals in Dario”.

Over the years, far from the world of photography, probably due to the fact that the analog still made it inaccessible, Dario delighted himself with documentaries first, and then photos using the smartphone. Since 2017, thanks to his dear friend Emanuele, Dario Calabrese bought his first reflex, a Nikon D3300 with a kit lens, a Nikkor 35mm and a Tamron 70-300mm. It started as a little game, maybe to find new expressive forms, Dario found his own path that, until today, has led him here to you

Today, thanks also to a more mature and adequate equipment, he can give the best that you followers deserve.

A GOOD LIGHT TO ALL OF YOU.
Informazioni